Currently led by the Armored hero ARSENAL, the Champions are FREEZE, PHOENIX, PRINCE PARADIGM, MONOPOLY GUY, BLACK SPIDER, and brand-new member, the ICE PRINCE (with the occasional help of SLUGGER and SPITFIRE of the FBI’s F.I.R.E. Team).

The Champions share this universe with The Guardians, based in Indianapolis.

This Universe was created waaaaayyy back in 1982 using Champions 2nd Edition, with the gray cover, this bad boy right here: 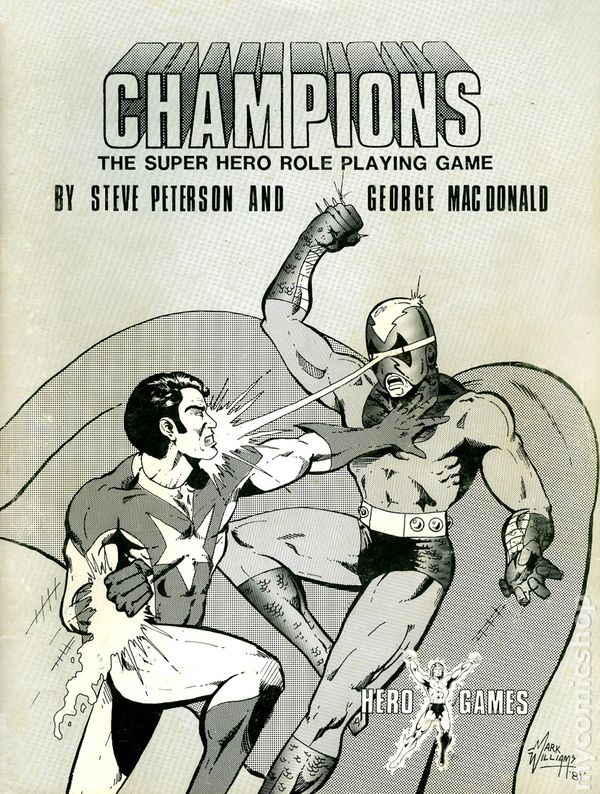 It was just two of us at first, and just one team, The Champions, based in New York. We added another player and an Indianapolis-based team (Factor Three) and played for about 4 years.

Group #2 was formed in Germany in 1987 and started a new team, the Sentinels based in Indianapolis. We were two experienced HERO gamers and four new players. This group broke up after two years, but not before The Guardians were born.

The Universe was again revived when Group #3 formed in 1990, and upgraded to 4th Edition (the Big Blue Book). 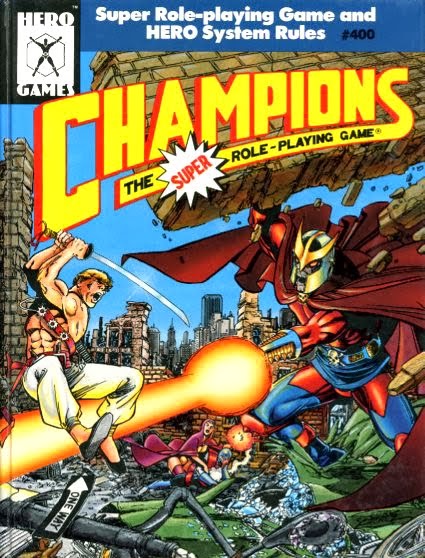 This group was a combination of the original two players and three players from Group #2, plus an additional newbie. This was an epic run, lasting off and on for about 12 years, during which we upgraded to FREd. 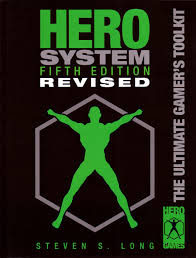 Our current group formed in 2009, comprised of the two original players, a returning player from Group #3, and two people brand-new to the HERO System. We have not converted to 6th Edition yet and frankly, I don’t see the need. Maybe some day.

All told, this site and that of The Guardians are the culmination of over 30 years of superhero storytelling.

I'm sorry, but we no longer support this web browser. Please upgrade your browser or install Chrome or Firefox to enjoy the full functionality of this site.